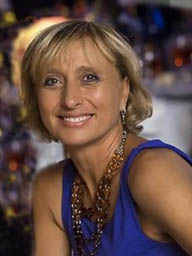 She is rated a “High Qualification professional Dance Teacher” having passed the related Professional State Examination and received the prestigous “Russian Community Person of the Year 2008″.

She began her dance education in Ural Russia and by age 19 she and her dance partner had become well known in the Ural Mountain Region. Olga later went on to earn a bachelor’s degree in dance, studying choreography, ballet, jazz, and folk dancing, in addition to ballroom dancing.

She moved to the United States in 1992 and became a two times U.S. National Ballroom Champion and World Showdance Finalist. Her dancing was showcased on national television in PBS’s “Championship Ballroom Dancing.”

Olga has coached other champions, and regularly judges National and International Competitions. In fulfillment of her dream to see her students dancing, Olga has created Oly’s Dance Studio in Everett, Bellevue, and Mukilteo, Washington, where she teaches people of all ages and abilities to dance.

We are proud to have Olga participate in Preciosa Invitational Coaching Series.