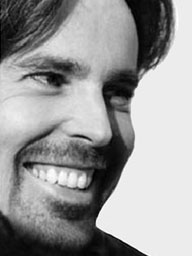 Michael Mead, born in Croydon, England, spent his early years traveling with his family and attending schools overseas. At 18, done with school and unsure of what he wished to do professionally, Michael decided to try his hand at accounting. After quickly establishing that perhaps the last thing he wished was to spend the rest of his life auditing, Michael enrolled in a teacher training class at a local dance studio, and was offered a job after only six months of dance training.

The lust for travel instilled in Michael in his early years soon took hold, ultimately leading him to California, where he opened Londance, now one of the top competitive dance studios in the U.S., in Costa Mesa, California. Though Michael sold his ownership share in 1989 in order to concentrate on the serious pursuit of a competitive dance career, he continues to teach there (and at Champion Ballroom in San Diego) to this day.

Michael formed a professional partnership with Toni Redpath and developed a unique style that ultimately led them to setting a record by winning the Open Championships 4 years in a row (undefeated throughout) before retiring from competition in 2002.