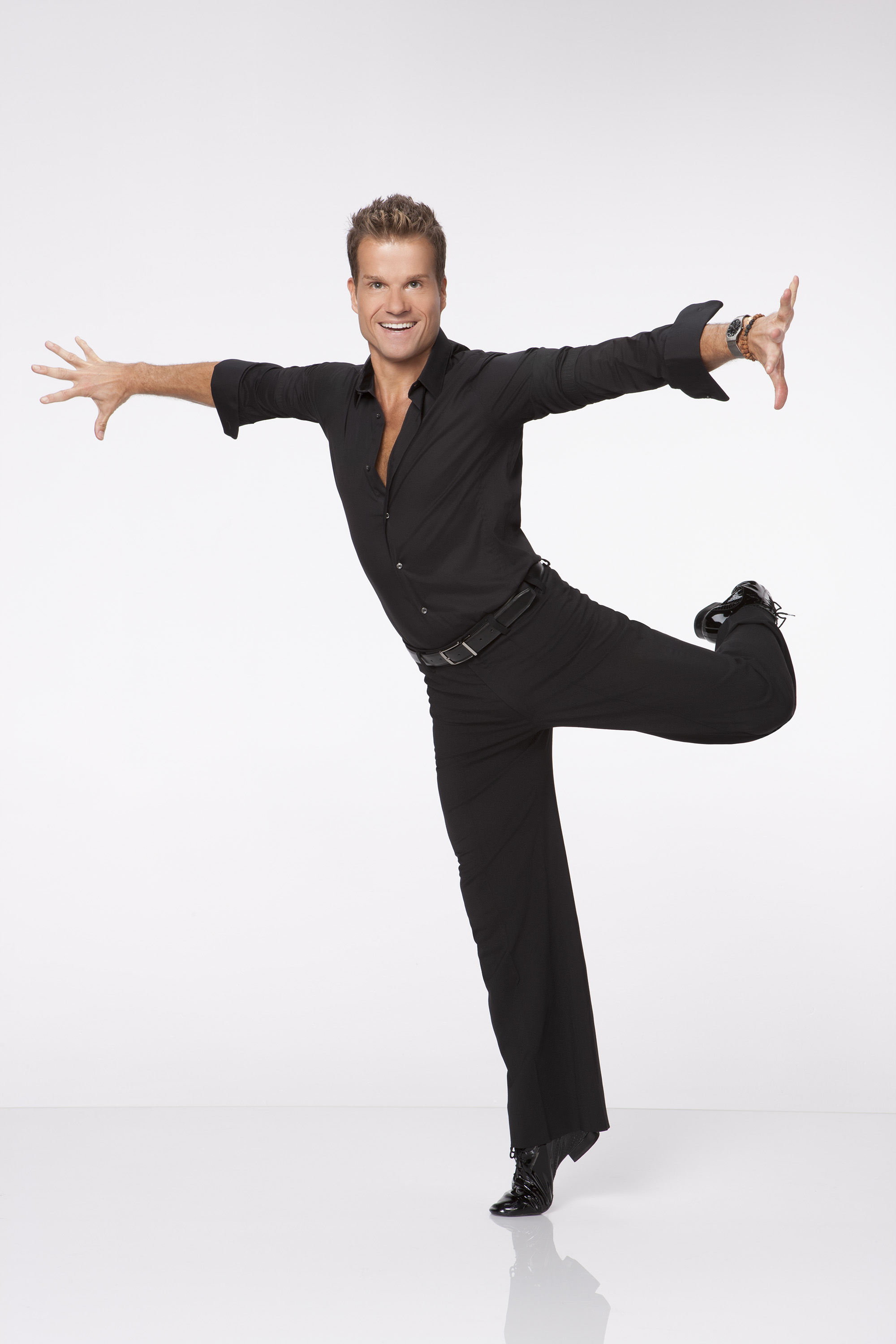 Three-time world dance champion, Emmy-nominated choreographer and consummate professional, Louis van Amstel is best known for his nine stunning turns on the hit ABC show “Dancing with the Stars.” After a lifetime of perfecting his craft, Louis continues to lace up his dancing shoes while sharing his passion for dance with the rest of the world!

Louis has enjoyed amazing seasons on the “DWTS” with partners such as Trista Sutter, Lisa Rinna, Monique Coleman, and Priscilla Presley.  In Season 9, Louis was partnered with Kelly Osbourne, whom he transformed from an underdog to a graceful fan favorite. By season’s end they shocked the world by reaching the finals and finishing third out of 16 original competitors!  Louis was then partnered with Niecy Nash for the 10th season and with Margaret Cho in season 11.  A proven audience favorite, Louis once again starred season 12 with reality show star and ex-Playmate Kendra Wilkinson-Baskett, and in the ‘All star’ season 15 with “Cheetah Girl” Sabrina Bryan.

A highly in-demand dance and fitness expert, Louis is currently writing a weekly blog for ABC.com (http://abcn.ws/qRwXL9) and making other media stops to offer his insight, commentary, and predictions in regards to the current season of “DWTS.”  Last year, he co-hosted a special with “Access Hollywood’s” Laura Saltman counting down the top 10 body transformations experienced by “DWTS” celebs.  In addition to his time spent competing on “DWTS,” Louis continues to be involved with the show as a choreographer.

Louis is now currently focused on teaching, developing, and promoting his revolutionary “LaBlast” dance fitness program (www.lablastfitness.com), created “LaBlast” instructional dance fitness DVDs, available now on the “LaBlast” website, as well as Amazon.com (http://lablast.shop.sportstoday.com/). As the host, instructor, producer and creator of the DVDs, Louis is excited to be able to reach out to people who want to learn to dance while getting an incredible workout in the comfort of their own home, completely partner-free!

“LaBlast” features many dance styles and offers a fun “workout in disguise”, all created around a wide range of music genres that makes for a one-of-a-kind workout experience!  Already immensely popular in Los Angeles, “LaBlast” is spreading worldwide, and is currently available in several major US states like California, New York, New Jersey, Miami, Boston, Oregon, Pennsylvania, North Carolina, Colorado, as well as in Vancouver as well as in his native country of the Netherlands, which currently has 45 certified instructors.  He has been on several major media outlets like “Good Morning America,” “The Today Show,” “Dr. Oz,” and “The Talk,” where he demonstrates how his dance fitness program blasts away calories, promotes fun fitness, and helps people create a healthier lifestyle.

This spring, Louis launched his active wear clothing line called  LVA by Louis Van Amstel (www.LVALifestyle.com).  Inspired by Louis’ decades of experience with dance and fitness and styled in his unique vision, the LVA Collection features clothing designed to fit women of every shape and size, with apparel that offers dry-fit technology and four-way stretch fabric that is chafe-resistant, breathable, and pre-shrunk.  The LVA Collection is available online at www.Sears.com.

A sworn-in US citizen since 2008, Louis – who is tremendously proud of his American status – is focusing on expanding his “LaBlast” dance fitness program worldwide after partnering with the Crunch gym franchise.  “Dance is a great way to create a healthy lifestyle; I created this class for people not only get fit, but to really have fun with dance,” Louis explains.  As a longtime, passionate advocate in the fight against obesity and staunch supporter of the American Heart Association, Louis continues to do his part to promote fitness through dance with “LaBlast.”  “This program is for people who think they can’t dance or have two left feet, as it offers five levels catering to everyone, from the absolute beginner to the very experienced dancer!”  After transforming the bodies of several of his past “DWTS” partners – Kelly Osbourne, Niecy Nash, and Margaret Cho (and raising their self-esteem and changing their self-image in the process) – Louis van Amstel has established himself as the world’s foremost expert on fitness through dance!

Louis served as a choreographer on FOX’s dance hit show “So You Think You Can Dance,” marking the first time any “DWTS” talent had crossed over to work on both shows at the same time.  He has also recently choreographed for FOX’s “Lie to Me” and he trained the contestants on ABC’s reality show, “The Bachelor Pad.”  Additionally, Louis has had guest-star stints on “The Suite Life of Zach and Cody” and “All My Children,” and Lifetime’s “Drop Dead Diva!,” where he was reunited with his former “DWTS” partner Margaret Cho.

Additionally, Louis served on as creative director, performer, and choreographer for the immensely popular “Dancing with the Stars” live stage show in 2006 and 2007, bringing his unique teachings and edgy style to millions of dancing fans around the U.S. Louis’ artistic and inspired choreography brought the ballroom to the people and his creative vision helped to make the “Dancing with the Stars” tour one of the most successful live shows.  Louis did the subsequent winter tour, and again the following year to great success as well.

A well-known figure in the international dance world, Louis is one of the most experienced professionals on “Dancing with the Stars,” having coached and/or worked with many of his current peers before the show started, helping further their careers and rise to success.  Louis was also helpful in getting most of them involved with “DWTS,” and he had the pleasure of competing professionally with Karina Smirnoff, and together they became US Latin Dancesport champions.

Louis first began his ballroom career training in a theatre school where he gained a background in ballet, tap and jazz while simultaneously engaging in rigorous competitions. Upon graduating, he attended the University of the Arts in Amsterdam to further strengthen his skills in the classical dances and theory. Training under lifelong dance/acting coach, friend and mentor Dr. Ruud Vermeij, Louis is a student of Laban choreology and is well-versed in human movement behavior.

After immigrating to the US, Louis created his own corporation, VanDance LLC, through which he directed, choreographed and performed in his own Broadway production of “Latin Fusion,” a feature production at City Center in New York City. The success of “Latin Fusion” resulted in a second creative effort, “Latin Revolution,” in Salt Lake City.

One of the world’s foremost experts in dance fitness, Louis is incredibly passionate about his craft, and firmly believes that dance is not only a beautiful art form, but can also offer an incredible way to get people in the best shape of their lives.  Whatever it takes, Louis will continue to dance his way into all of our hearts, as he believes that nothing will stop him, and nothing can stop you!

We are proud to have Louie participate in Preciosa Invitational Coaching Series.