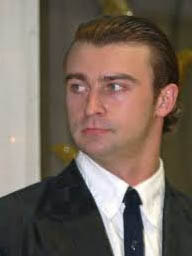 Beginning “From hate to love one step” – this statement is almost perfectly describes how were the relations Dmitry Timokhina (Dmitry Timokhin) with ballroom dancing. Exaggerated, because there was no hatred, but also desire to spend my life on the dance floor with the first waltz – too. When the five-year Dima led into the hall, he definitely did not want to do it seriously. Perhaps influenced by the fact that in addition to dance in the life of a little boy attended hockey, which is much stronger than him impressed. But quit dancing parents were not given, was particularly interested in the mother, and that it is not frustrating, Dima continued to practice. Yet the parent view of the problem was correct: over time, the boy was involved, and since 12 years, when they were to become a champion of Russia and the Soviet Union in the category “Junior”, a dance sport became the only one in his life. Above all smotivirovala probably the first brilliant victory in 1989, which he won at the national championship, held in Kharkov. Then everything was decided by itself. Lover Nazarkina Oksana and Sergei Kuznetsov, Bezikova Anna and Dmitri Timokhin. The birth of the famous and beloved by many of the duo was on quite a mundane reason, although it is more typical for partners than for partners. Girl May, which Dmitry danced at the time of his thirteenth, stretched sharply, becoming much higher than that. The very same boy almost to the majority remained fairly low, which complicates the search for “the second half of the dance.” By a happy coincidence for the Czech Republic in Ulyanovsk rest after rounds Dmitry himself noticed Bezikova Anna (Anna Bezikova) , what immediately and told the teachers. But not everything was so simple: a potential partner’s parents spoke three times its weighty “no.” This was compounded by at least the fact that they lived and trained in different cities: Dmitry in his native Zarechny Penza region, and Anna – Tyumen. Moving in the same age thirteen, her parents did not want to consider. Persuasions were long and complex, but neither Dima nor Anya, mutually impressed by his dance, were not going to back down. They both want to be paired. They did it. At first everything was not so rosy as it should be: start the tournament not only did not bring medals, but did not even let enter the final. The result was an unpleasant shock for the pair, and their coaches: Saushevoy Elena (Elena Sausheva), who now lived Anna and Sergei Sokov (Sergey Sokov). After all, there could also be the case that creating a new duo, they miscalculated and all efforts were in vain. But it is quite possible it was the last test over in order to understand how they are both ready to overcome difficulties. They did not give up. And after a couple of months have been rewarded for their perseverance. First went on winning major competitions, then, a year later, the title of champion of Russia. And then it became clear that all was worth it. The first international tournament for couples Timohin-Bezikova held in 1991 – loved by almost all the dancers, without exception, Blackpool, infecting their energy and Dmitry Anna. It was there that the first acquaintance with Dmitry Pebble Hans (Hans Galke) , who later became the coach of the pair, that there were 48 best pairs for “U21”, which was quite significant result: none of them did not expect the first step of the podium. At the age of nineteen, Dmitry and Anna moved to Moscow and begin to present TSK Spartak with which communication is kept over the years. The decision only Latin American dance program adopted by Dmitry: Anna has been set for the rest of the top ten, but quietly decided to partner. Couple working with a whole host of talented and famous teachers: in addition to working with them Hans Espen Salberg (Aspen Salberg) , Donnie Burns (Donny Berns) , Ralph Liping (Ralf Lipin), Tony Garamello (Tony Garamello). During the dancing in the amateurs Dmitry and Anna repeatedly achieved all possible titles, except for the World Champions, and ahead there were many unclimbed peaks.

Professional Dmitry Timokhin and Anna Bezikova. 2002 was marked by Dmitry and Anna dance change their status – they went out of lovers in Professionals, feeling that in the previous as they have something missing. And the first tournament, preparation for which was more than intense, held in September – German Open 2002 brought the bronze medal and I am confident that the decision to move is correct. This was facilitated not only judicial crosses, but also the reaction of the audience. Particularly striking in the new competition as a Professional World Cup began in 2003 with a silver medal won by UK Open 2004 and Blackpool Dance Festival in 2004 with the third step of the podium. And in April 2005, after WDDSC European Professional Latin Championships, where the couple Timohin-Bezikova ranked second, sounds most unpleasant news: Anna and Dmitri leave. In 2005 comes a new dance duo – Dmitry Timokhin and Karina Smirnoff (Karina Smirnoff) , the first time the giver viewers only show rooms and disintegrated quickly enough after Blackpool in 2006, having noted by gold at the Grand-Prix Dynamo 2006, which became the best result for their all the time working together. After that, Dmitry becomes paired with Natalia Petrova (Natalia Petrova) in January 2008, and the first competition – Russian RDU Championships, German Open, US Open steadily put them on the second line. But at the end of the same year the partners disagree, and Dmitry stops acting career dancer.

Coach and Judge Won countless awards and titles, Dmitry Timohin devoted himself to coaching and judicial activity, while not denying the possibility of creating their own dance studio – the good, the title of Professional lets you do this freely. Dmitry admits that he misses dancing, making frequent and demonstrations with his participation. As a coach, he does not share aspiring dancers to get to him in terms of: the main thing that was a desire to adopt knowledge and work, and I came and went with an empty head. Under his leadership, visited not only the young athletes who have all the achievements still to come, but such couples titled as Alexei Silde and Anna Firstova (Alexey Silde & Anna Firstova).