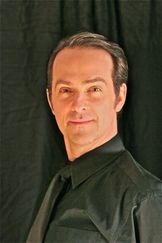 Bill Sparks because his long career in dance as a teenager, dancing ballet throughout highschool and beyond, determined to pursue his craft to the fullest. Suffering a set-back due to an injury, Mr. Sparks was committed to keeping his passion alive, searching out other styles of dance to feed his dream.

Landing a job with Arthur Murray Dance Studios as an instructor sealed the deal, and Mr. Sparks soon found himself drawn to the dramatic Latin sytle of dancing, taking hislove of dance to the next level: the competitive dance circuit. Prior to his retirement, he won the U.S. Championships four times and secured a name for himself as one of the most admired DanceSport competitors to have graced the dance floor.

While still serving as a respected adjudicator and coach for professionals, Mr. Sparks has turned his immence talents to teaching young people the gift of ballroom dancing, enriching their characters through a dedication to the craft, and leaving them with a skill that will last a lifetime.

We are proud to have Bill participate in Preciosa Invitational Coaching Series.